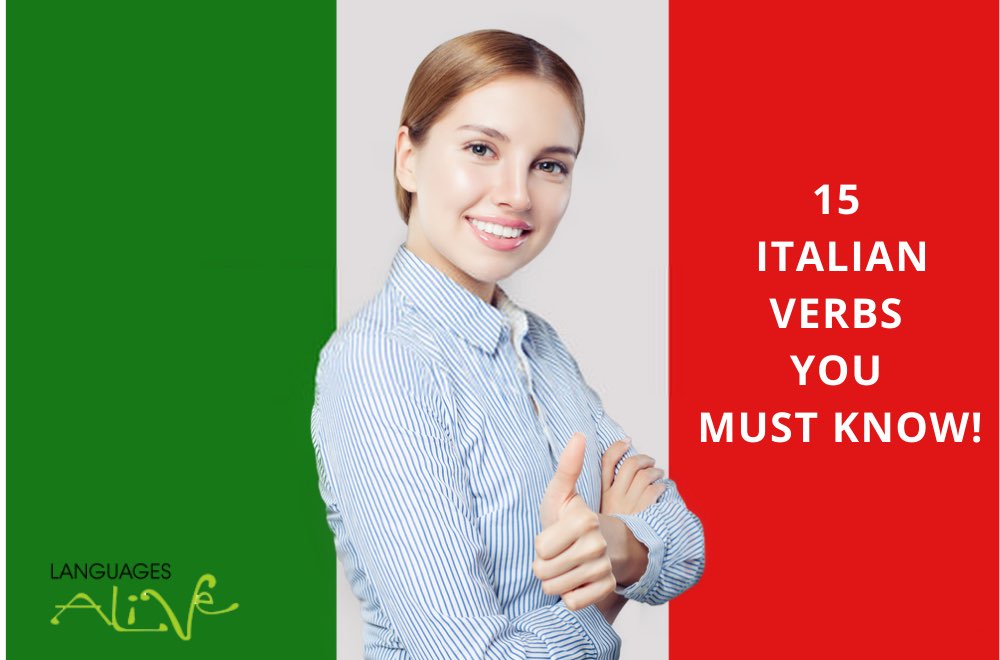 Are you looking to improve your Italian conversational skills?

Here you will learn 15 popular Italian verbs used in daily conversations. For each verb you will find an explanation and a sentence to give context to it.
So let’s start with a key verb

The verb “pensare” can be used to express a personal opinion, for instance; “penso che il mio collega Carlo sia una brava persona” (I think my colleague Carlo is a good person). It can also be used to answer a question when we are not sure about the answer; “penso di si” (I think so) or “penso di no” ( I don’t think so).
However, this verb can also be employed when we are reflecting on something, for instance “fammi pensare” (let me think). 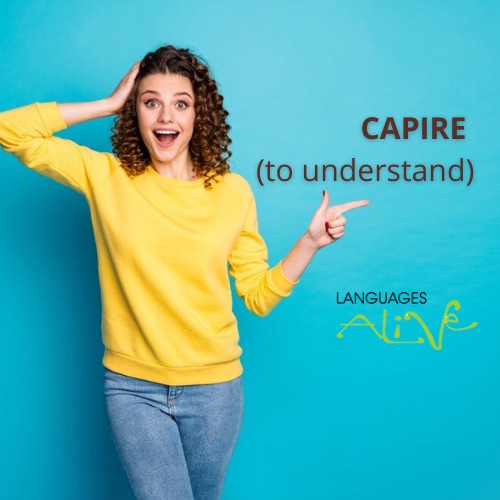 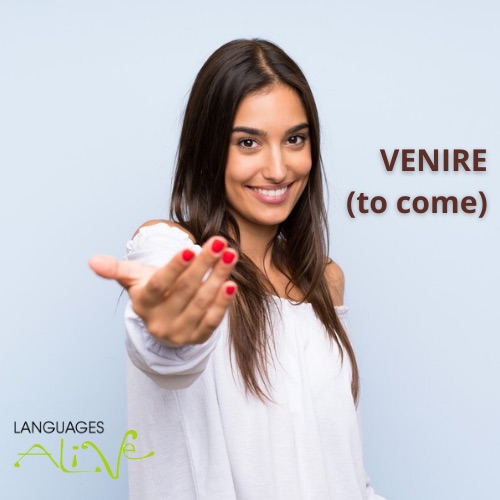 Venire means to move towards a place where the person we are meeting is located; for instance “vengo a casa tua stasera” (I’m coming to your place tonight), we also use this verb to invite someone to come with us to a place or event; “vieni con me al cinema?” (Lit.do you come with me to the cinema?). Venire always takes the preposition “da” when indicates movement towards people “vengo da te stasera” (lit. I am coming to you tonight).

As in English, “vedere” is related to the ability to see through the eyes. Vedere involves an involuntary action different from “guardare” and “osservare” which are related to the action of perceiving something voluntarily. Example: “Ci vedo bene” (lit. I can see well).

Dare means to give or pass on something to someone. Examples: “dai le scarpe a tua sorella” (give the shoes to your sister), “dammi lo zucchero per favore” (pass me/give me the sugar please). Here is an expression using “dare”; “dare un’occhiata” (to have a look).

Aprire is to open something or we can also use it to say open your mind. For example; apri la porta, grazie (open the door please), apri la mente (open your mind). Here is an expression using aprire; “apri gli occhi, Giulia ti sta mentendo” (be careful, Giulia is lying to you). 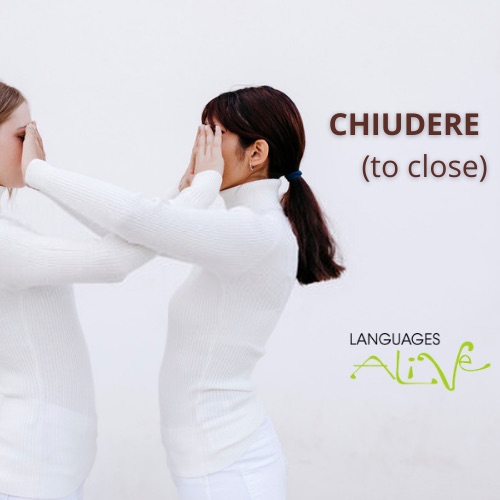 Chiudere, to close is the opposite of aprire and, as in English, is used in sentences such as “chiudi la porta” (close the door), but be wary of the expression “chiudere un occhio” (lit. to close an eye). This expression means to ignore, to let something go that we shouldn’t ignore, for example; “mi sono scordato la patente, può chiudere un occhio per questa volta?), (I’ve forgotten my driving license; could you turn a blind eye this time?)

See the examples below.

Trovare means finding something we are looking for or that we find casually.
“Ho trovato il mio libro di letteratura dopo averlo cercato per due giorni”.
(I have found my literature book, after I have been looking for it for two days).
“Ho trovato 10 dollari per strada” (I found 10 dollars on the street).
Trovare can also mean to visit someone.
“Sabato sono andata a trovare i miei genitori” (On Saturday, I went to visit my parents).

In English, the verb “dire” means to say and to tell. Which one is which becomes clear based on the context this verb is found in.
Dimmi una storia (tell me a story)
Dite a Manuela che la cena è pronta (tell Manuela dinner is ready).
Hai detto bene (You said it correctly).
Non dire parolacce in presenza di tua madre! (Don’t say swear words in front of your mother!)

Chiamare qualcuno (to call someone)

This verb is used to call a person when we call someone in person or by phone.
Chiama Antonio per favore. (Call Antonio please)
In this case, there is no need for a preposition after the verb.
On the contrary, when employing the verb “telefonare” (to call someone strictly by phone), we need the preposition “a”. For example:
Telefono a mio padre tutti i giorni (I call my father every day).
Telefona a Mauro, per cortesia. (Call Mauro please).

“Perdere” has mainly two uses. It can be used when someone loses something, or a person, and when someone loses a game, a battle, a challenge, etc.
Elena ha perso le chiavi di casa ieri sera (Elena lost her house keys last night).
Giovanni perde sempre quando gioca a poker (Giovanni always loses when he plays poker).

“Lavorare” means to carry out a physical or intellectual activity usually in exchange of money.
“Preferisco lavorare la mattina” (I prefer working in the morning).

Now, take this short test that is also fun to do:

I hope you enjoyed this article.

For more authentic Italian language and culture, stay tuned!
You can follow us on:
FB:  https://www.facebook.com/languagesalive
Instagram: https://www.instagram.com/languagesaliveuk/?hl=en
Linkedin: https://www.linkedin.com/in/raffaella-palumbo-6892241a/ or Languages Alive
To watch our video lessons, subscribe to our YouTube channel:
https://www.youtube.com/channel/UCaVwBqct6-Tb1swX4s_9-1A

Nouns in Italian: gender and number