The real original pizza is the pizza Margherita, named after the Queen Margherita visiting Naples in 1889. This pizza was created by a pizzaiolo called Esposito and his wife and it represents the colours of the Italian flag. With time, many variations became part of the Italian pizza history, but never pizza pepperoni. Actually, peperoni spelled with one p means peppers and not spicy salame.

Seriously? I had never heard of pasta with meatballs in all the life spent in Italy. It was a bit of a shock when I realised that. Meatballs which have the size of marble balls are usually eaten on their own and only in the South in regions such as Puglia, Calabria and Sicily they are put in between pasta layers and baked. So NO to spaghetti or fettuccine with meatballs.

Cream on Carbonara? You ask a chef in Italy and they will look at you like an alien. It will sound like a blasphemy even. The original carbonara is made with eggs, pecorino cheese and guanciale (pork lard), the only exception which became common nowadays is eggs, parmesan and pancetta. That is it folks! Anyhow doesn’t it look a bit pale and sad with cream?

This is the first dish I could not understand when I arrived in London. As soon as I said I came from Italy, people will tell me straight away: pizza, pasta bolognese. Pasta bolognese? What the heck was that? It took me a little while to realise they talked about pasta al ragu’ (minced meat in tomato sauce). Even though people in London became more familiar with the Italian food, this myth is still going around. I hope one day it will be named by its original name.

It would be amusing to see one’s face when they ask for latte and the get a weird glimpse and eventually are presented with a glass of plain cold milk. What you really want to ask in Italy is caffelatte. Usually is an alternative to cappuccino and it is drunk in the morning not at the end of main meals. In fact, you could order un espresso or espresso macchiato (with a bit of milk) after meals. 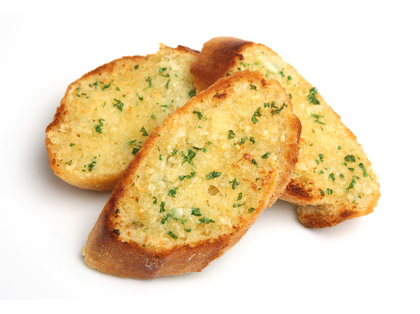 Surprise surprise, Garlic bread is not actually Italian as many would think. In fact the first time I heard of it was when I arrived in the UK. We have bruschetta rubbed with garlic and quaffed with olive oil. Also, we don’t eat tons of garlic, there are some recipes where it is used but not many.

7) Pasta can be canned

To can pasta is a blasphemy for an Italian, it is something inconceivable and totally wrong. Pasta should be served hot with a fresh sauce to give it justice. We wouldn’t give canned pasta not even to our dog or cat.

8) A main dish is served with salad

Lasagne with salad? OMG salad is used only as a side dish and it is not eaten together with pasta dishes.

9. Cappucino is drunk all day long

Cappucino is drunk only at breakfast in Italy. After lunch we drink espresso and sometimes also after dinner but never cappuccino. Also, there is no chocolate on top. However, having lived in the UK for a long time I picked up the habit of having cappuccino after lunch or in the afternoon sometimes. Keep it a secret.

10. CORNETTO AND CROISSANT ARE THE SAME

Cornetto is similar to croissant but the dough is so different. French croissant is buttery and crumbly, Italian croissant is soft and brioche-like. It is usually filled with delicious custard cream, chocolate, Nutella or jam (My favourite is with Nutella).

Here at Languages Alive we can help you with tips and advice on real Italian food.

5 Italian iconic dishes you must try