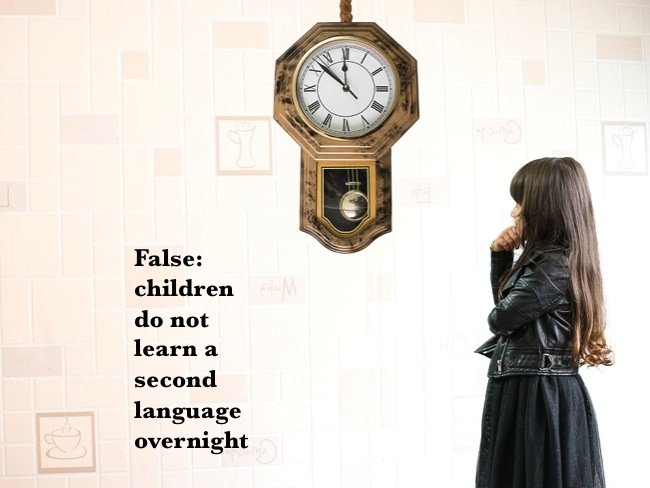 No learning overnight for children

A popular belief is to think that children who are exposed to another language at late stage of bilingual development or after the age of 3 acquire a language overnight; indeed some people have the certainty that children “soak it up like a sponge”. Conversely, there is an extensive body of research revealing this myth to be false and that sequential bilingual children go through stages the lengths of which vary from child to child.

The first stage refers to children speaking their home language in the host language environment; this stage is often very brief. During the second stage, the nonverbal period, children are elaborating the input in the L2 but produce a very few utterances or no words in L2; this stage can last for a few weeks to a few months with younger children usually experiencing this stage longer than older children.

The social interaction and the L2 exposure have a major impact on L2 children at this stage. Follows stage 3 with the formulaic production of L2; children at this stage use very short utterances which most of the times are not original. Only at stage 4, children can use their L2 productively, however, the majority will not sound as native speakers as even young children can have a foreign accent and make mistakes in vocabulary or grammar. 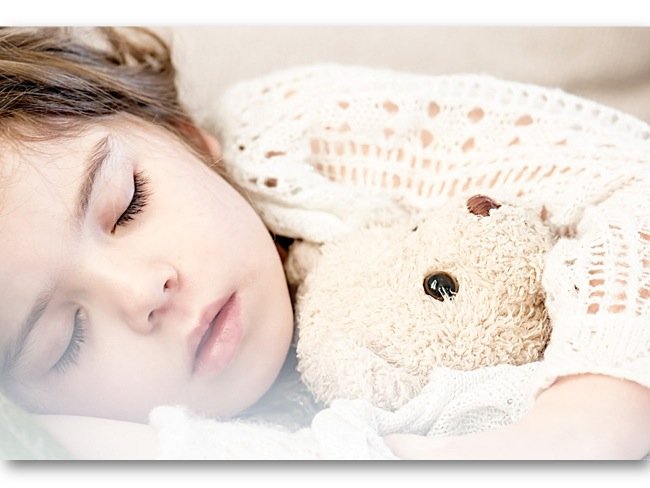 The lapse of time in second language development between when the learner begins to use the language productively until the learner attains a similar fluency as a native speaker, is usually referred to as Interlanguage, a term coined by Selinker in 1972.

Interlanguage consists of a rule-governed linguistic system which exists on its own right and evolves over time; it is formed of developmental and transfer patterns which in the past were considered to be errors.

In fact, transfer from L1 to L2 was seen as very detrimental to L2 learning, whilst most recently the effects of transfer have been also found to result into the right patterns and not only into errors. Despite the fascinating nature of Interlanguage, this review does not have the capacity to include a detailed research showing its characteristics, whilst it will carry on with exploring a controversial question which seems to be at the core of parents and professionals’ concerns; how long is needed for L2 children to reach native-speaker proficiency?

The answer to this question is crucial, above all for those parents who are concerned when their child appears to acquire the L2 rather slowly.

What influences the learning

According to recent research sequential children acquire the L2 at different rates as they are influenced by internal and external factors. These factors are accountable for individual variations with the internal factors including motivation, personality, language aptitude, cognitive maturity and language distance typology.

External factors refer to the outside context where the child learns the L2 and consist of quantity and quality of L2 exposure at home and in the school environment; with the socioeconomic status (SES) of the family also playing a major role in predicting L2 competence. Johanne Paradis (2011), investigated how numerous internal and external child factors, predict the L2 acquisition of L2 children in terms of vocabulary size and accuracy with verb morphology.

The scholar examined 169 children with an age between 4 and 7 years old, exposed to the English language for an average of 20 months. The children were members of families recently moved to Canada. Paradis (2011) found out that both factors were significant predictors of different outcomes in L2 children. However, she also discovered that internal factors such as language aptitude, age and L1 structure had a more substantial impact on individual variations than external factors.

Another study conducted by Chondrogianni et al, (2011), investigated the effects of child internal and external factors on the development of L2 English and Turkish speaking children belonging to a low socioeconomic status.

Forty-three children were tested on the acquisition of vocabulary and morphosyntax; the data once again revealed that both language domains were influenced by both factors whilst, there was no significant impact of external factors on the development of tense morphology.

To sum up, some children might be able to carry on an articulated conversation in L2 after only one year of schooling, whilst some  others might find themselves producing simple sentences after the same period of time. Whether L2 children will ever reach an identical fluency as native speakers remains still an open question that future research needs to investigate.