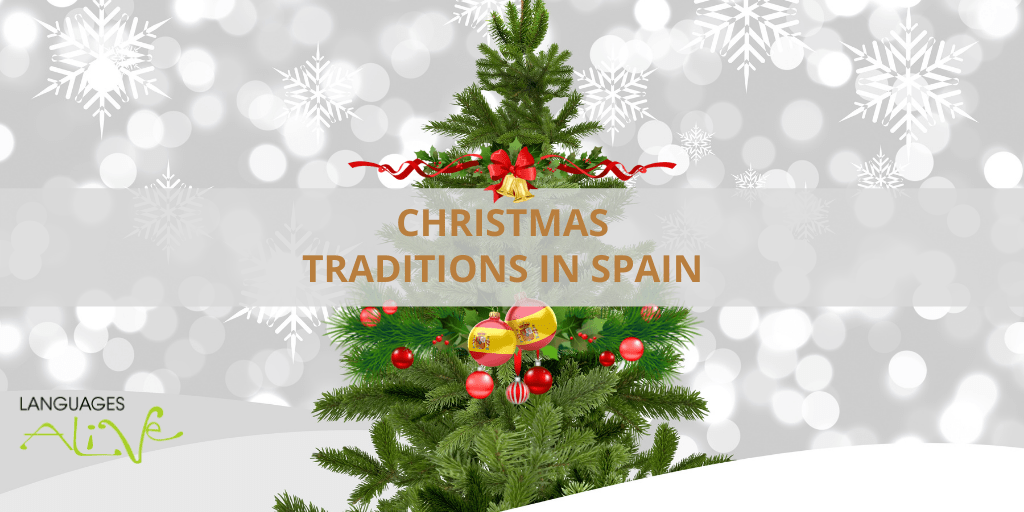 This is the season to be jolly, so why not learn how other countries celebrate this magical season! Let’s take an imaginative trip to Spain and see how they prepare for this glorious time of year.

Now this may come as a surprise to you, but Italians and Spanish do share some similarities in the way they celebrate the festive season because of their Roman Catholic beliefs; however, their traditions are different.

What are the Christmas traditions in Spain?

Firstly, like Italians- Spanish Christmas celebrations commence on December 8th “Dia de la Inmaculada Concepción” the feast of Immaculate Conception. Mary was freed on all sins from God in order to conceive the Baby Jesus. On this day, Christmas begins with everyone decorating their houses; lights sparkle in the streets and the nativity scene ‘Belèn’ can be seen in every city/town.

Moreover, Christmas markets ‘mercados de Navidad’ can be found in every city and town, the stalls sell wonderful homemade decorations and gifts along with flowers and sweets. Carol singers and music create the atmosphere of the market, adding to the magical experience for everyone.

The most famous and oldest Christmas market is ‘Fira de Santa Llúcia’ which is held outside the Cathedral ‘Avenida de la Catedral’ in Barcelona. 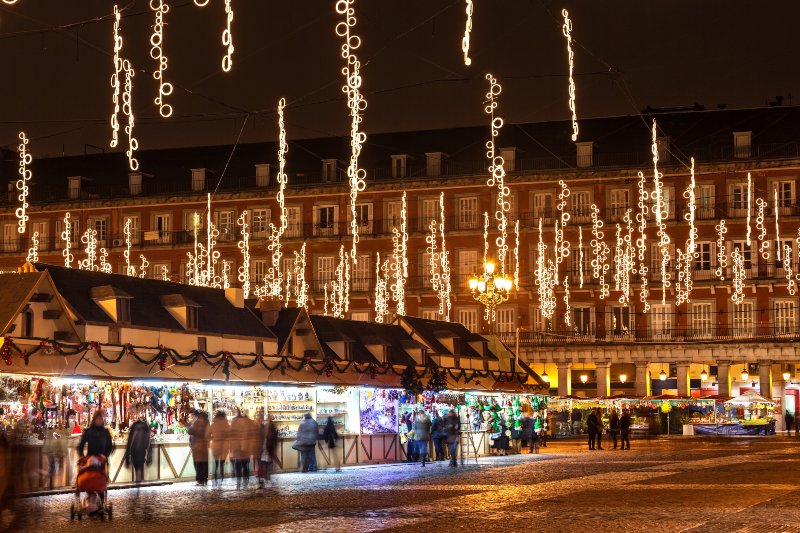 ‘El Gordo’ is the Spanish national lottery which takes place 3 days before Christmas, known as ‘Loteria de Navidad.’  The famous national draw is the most popular with the whole of Spain taking part as a build up to their festivities.

The lucky numbers are usually announced throughout the whole morning of 22nd December on live TV. That is not all; they also have school children singing the winning numbers and jackpots!

Caga Tió is a unique Christmas tradition typical of Catalonia which funnily means pooping log. A piece of log dressed up with an addition of small wooden legs, a face, a blanket and a barretina (Catalan hat). In the run up to Christmas, children keep the Caga Tió in their homes and schools and feed it little pieces of bread or orange peel every day or evening.

On Christmas Eve or Christmas Day, the log is hit with a stick by the children who sing the Caga Tió song and ask the log to poo out lots of turrón (nougat) and other sweets to satisfy their sweet tooth. 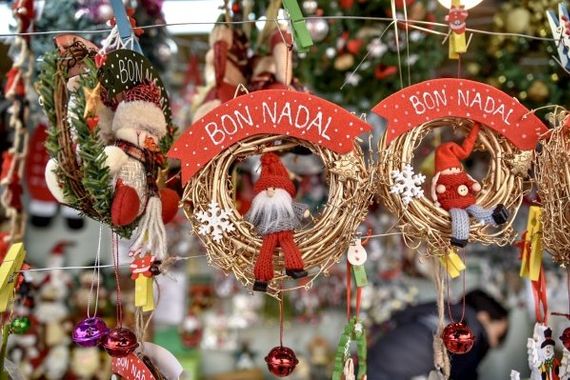 Christmas Eve ‘La Nochebuena’ is bigger than Christmas Day in Spain with the exception of Catalonia; everyone comes together with their family and friends for a feast, which is bigger than the meal on the 25th. The feast consists of traditional dishes such as roast lamb, seafood, ‘polverone’– marzipan and nougat ‘turrón’.

After this feast, families exchange small gifts between them before they all head off to midnight mass ‘misa del gallo’. Mass is named after the rooster who apparently was the first to announce the birth of Jesus. ‘Esta noche es noche buena y no es noche de dormir’ this is the good night, therefore it is not meant for sleep, is a famous saying on Christmas eve by the Spanish, as they dance in the streets and party in bars celebrating the birth of baby Jesus.

Likewise, in Italy – Spanish children do not expect gifts on Christmas morning; they are given gifts on the day of the epiphany from the three kings. There is no Santa Claus! 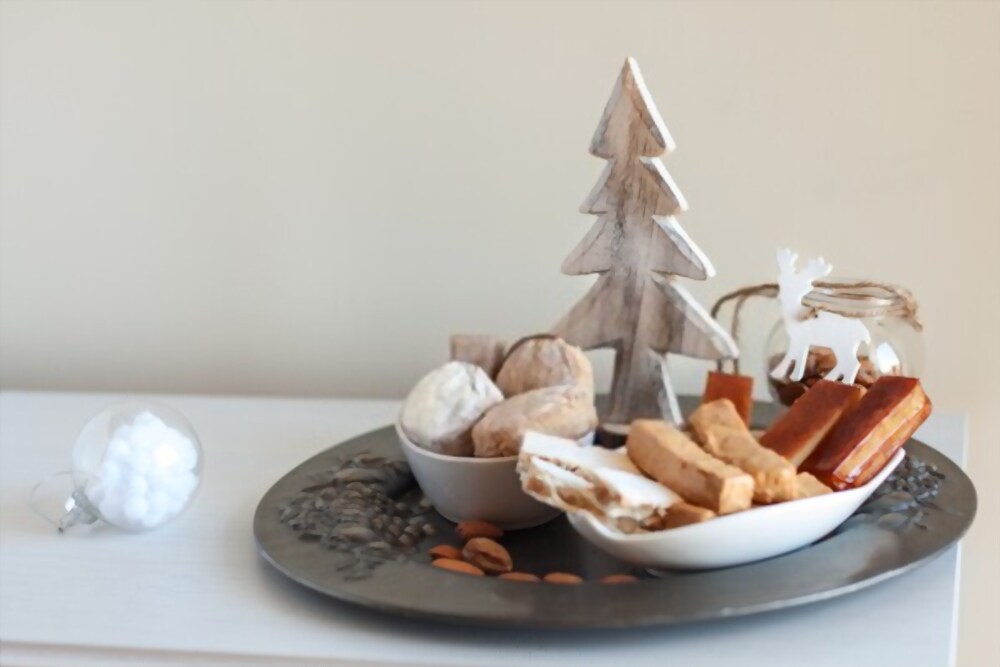 After the extravagant celebrations on Christmas Eve, Christmas day is a relaxing time for families to spend at home together and have lunch. A variety of dishes are incorporated in the Christmas lunch:

After Christmas day, celebrations are still in place, día de los Santos Inocentes– the day of Holy innocents takes place on December 28th. The day is filled with pranks and jokes as a cheery commiseration to the child martyrs in the biblical story of King Herod. Similar to April fool’s day, everybody plays pranks on their friends and families- even the media get involved by broadcasting ridiculous news stories.

La Noche Vieja– News Year’s Eve is a massive celebration which takes place in every major city/village. Everybody dresses up and is filled with joy to welcome the New Year on a positive note and in style.

At midnight, everyone eats a bunch of 12 grapes as a representation of each month in the year. The grapes are washed down with Cava, this is a sign of good luck and a blessing for every month (Las doce uvas de la suerte).

Fireworks light up the sky of the cities and towns, people share love with hugs and toasting to the January fresh start. 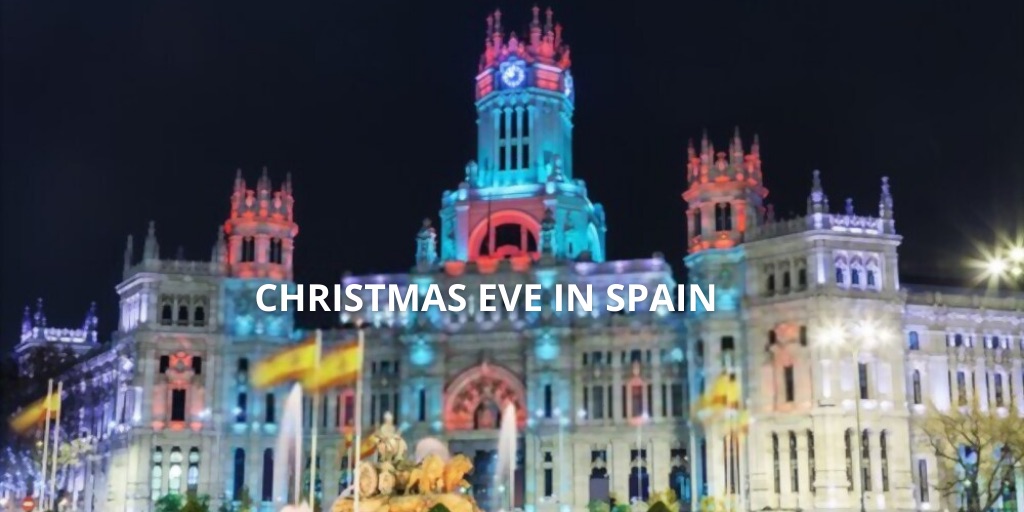 The festive season ends on the 6th January- día de los Reyes Magos, (Three Wise Men)  the day of Epiphany. Towns prepare for the parade on the 5th as the three kings arrive bearing gifts and throwing sweets to children, as a sign of the kings arriving in Bethlehem to meet the Baby Jesus.

Barcelona, Madrid, Valencia and other major cities are best known for their spectacular parades. The Three Kings are the Spanish equivalent to Santa, children leave out food and wine for the kings as they bring them gifts.

The day of Epiphany is celebrated with a huge traditional feast, similar to the dishes served on Christmas Eve. The famous Roscón de Reyes is served as dessert; a figurine of a king is hidden in the sweet bread, as well as a bean.

Whoever finds the king first is treated like royalty for the day; whilst, the person who finds the bean has to purchase the sweet bread for the next year. 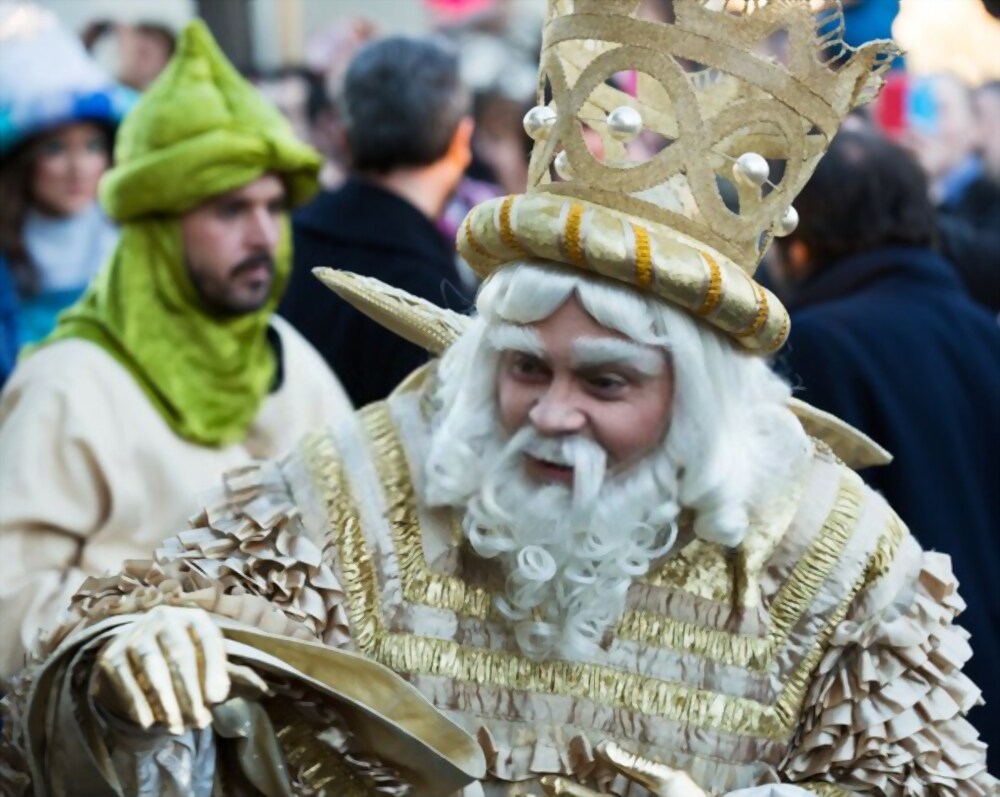 In Spain, to wish a Merry Christmas to your family and friends, you can use “Feliz Navidad”. In Catalan (the official language of Catalonia) it is ‘Bon Nadal’; in Galicia ‘Bo Nadal‘ and in the Basque Country the locals will greet you with ‘Eguberri on‘.

I hope you enjoyed learning about the Spanish Christmas traditions, although some of these traditions may not take place this year due to Covid-19, I hope we can continue these glorious celebrations in the future. I wish you all a happy and safe Christmas!

Spanish for business: how to conduct business in Spain

What should you know about Spain?