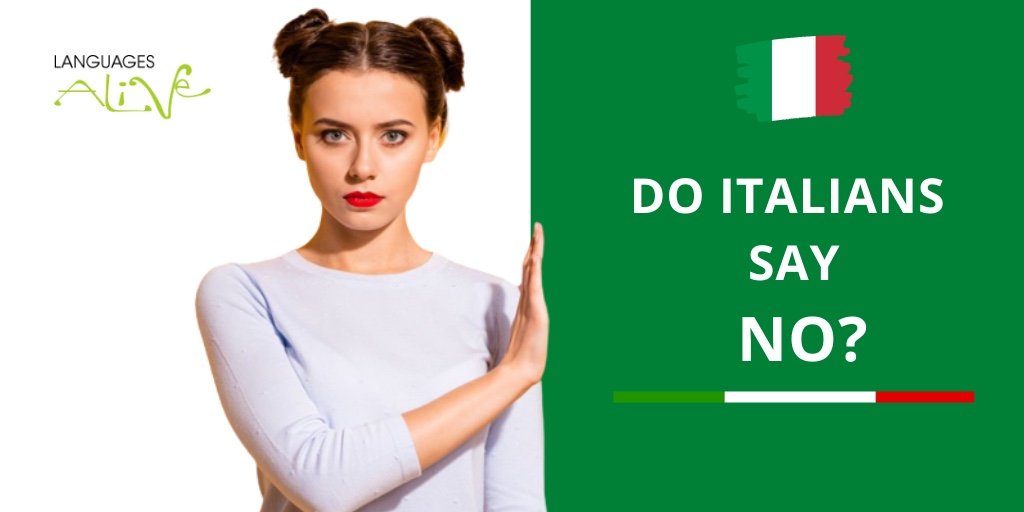 Even Italians say no; in this article you will learn how to deliver a clear message when expressing negation. I will teach you how to use the most common phrases used on a daily basis and how to pronounce them correctly. First of all let’s see what the word negation means.

Negation is the word that indicates non-acceptance or refusal which can also turn an affirmative statement (I am hungry) into a negative one (I am not hungry). Some of the most used Italian negatives are “no”, “never”, “nothing” etc.

Let’s start with a list of 8 words about negation that are used frequently. Make sure you repeat each word after hearing it. Listening to the audio will surely help to improve your pronunciation.

The Italian word non (meaning not) is what you need to make a statement or a question negative:

In English not or n’t comes after verbs. In Italian non comes in front of verbs 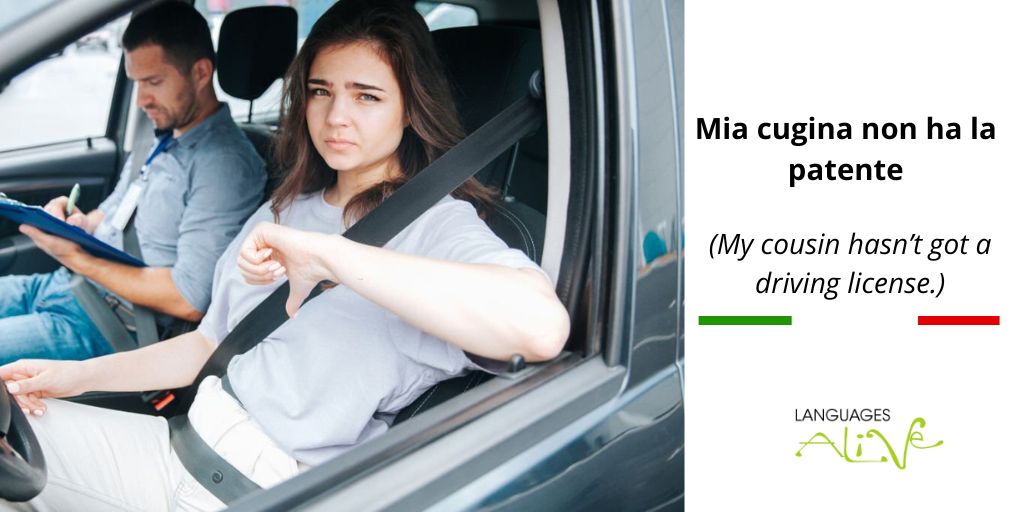 In English, sometimes to make sentences negative we must add don’t, doesn’t or didn’t before the main verb, however, in Italian you always have to just add non to the verb.

NEVER use the verb fare to translate don’t, doesn’t or didn’t in negatives. 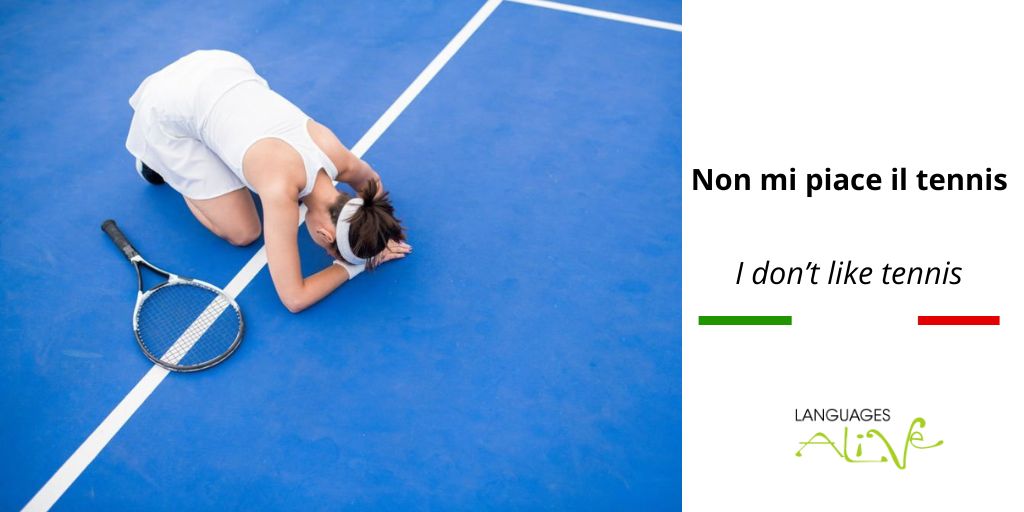 If you have a phrase made of not together with another word or phrase, such as not now, or not yet, use non before the other word.

IF you want to emphasise or make a contrast, use no instead of non, and put it after the other word.

Ora no, dopo. Not now, later

You must use no instead of non in some phrases:

In the phrase o no (meaning or not)

In the phrase di no after some verbs:

The use of the double negative

In grammatically correct English only one negative word must be used in a sentence: I’ve never been to Italy. In Italian we must use non followed by another negative word such as niente (meaning nothing), or mai, (meaning never).

The phrases below are the most common phrases of this type. 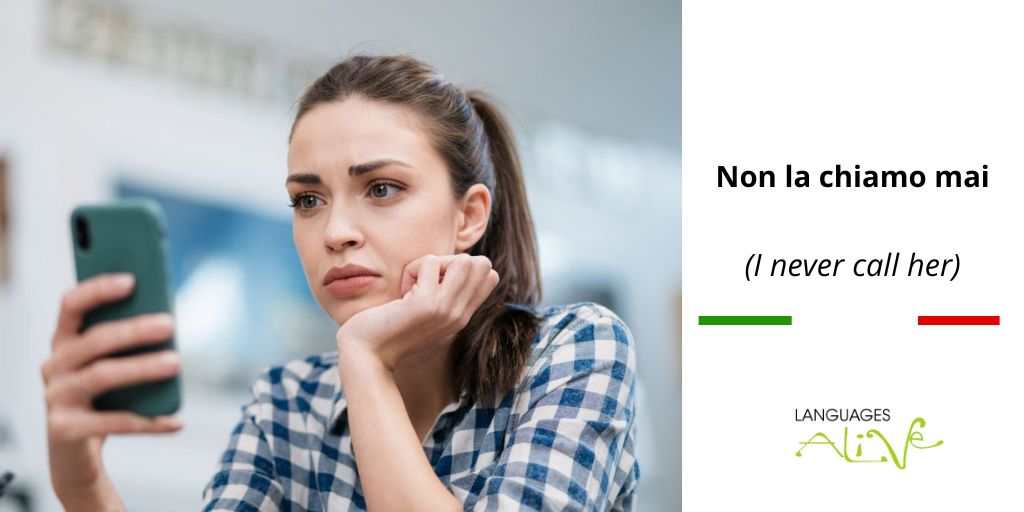 # Tip Mai goes between the two parts of the perfect tense

If you start a sentence using a negative word such as nessuno or niente, do not use non with the verb that comes after it.

In Italian you can have more than one negative word following a negative verb.

As in English, negative words can be used on their own to answer a question

The negative word “non” can introduce an interrogative sentence: 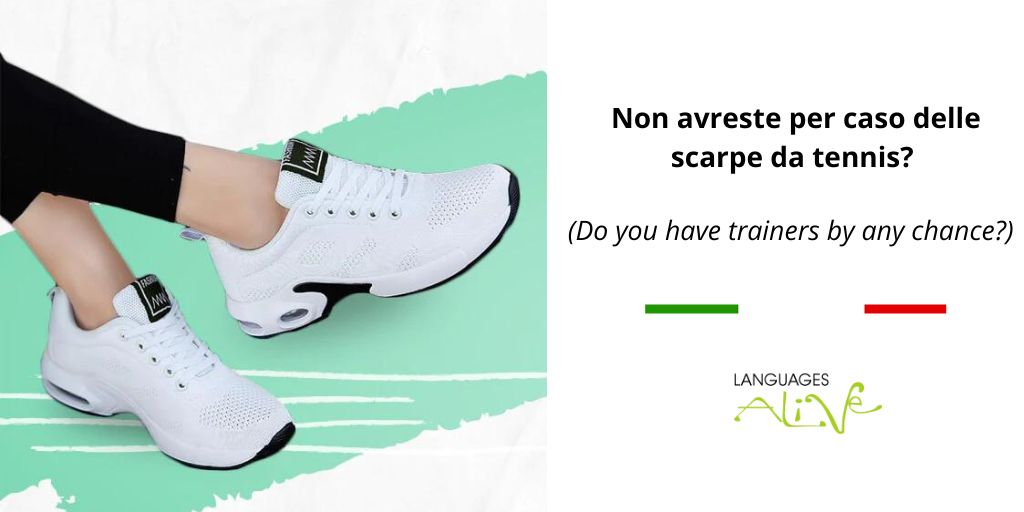 Excuse, do you have a cigarette for me?

Do you have trainers by any chance?

The interrogative introduced by “non” can have a strong emphatic value:

At the cinema, I met my ex-wife, can you believe that?

Is that you again? I thought we didn’t have to see each other anymore.

Furthermore, the negative word “non” can sometimes be avoided in interrogative sentences:

Now read the sentences again while listening to my audio, enjoy!

We are at the end of this lesson; if you liked it share it with someone who could benefit from it too.

Thank you for reading, if you have any questions hit me up at raffaella@languagesalive.com