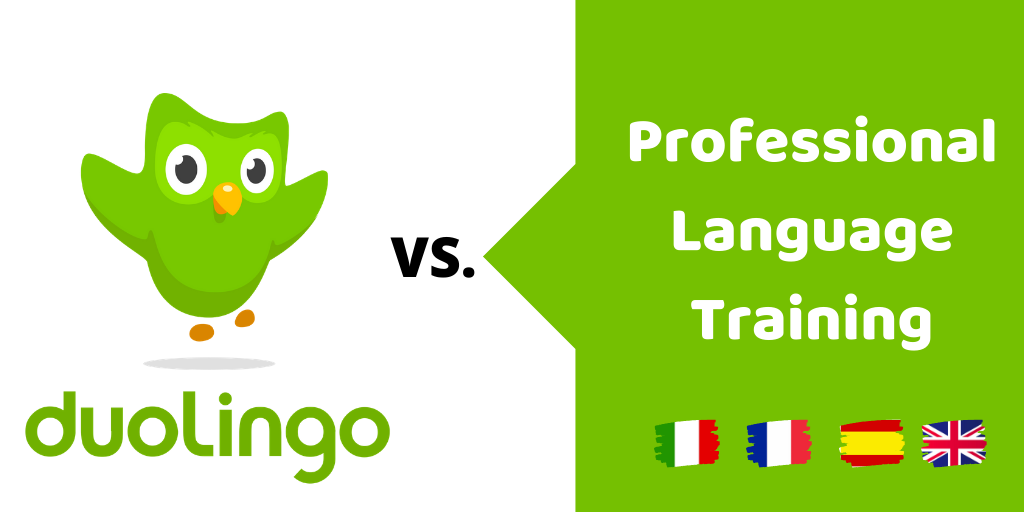 Last year, I wanted to brush up on my French which I have a University degree in and it was suggested to me by my French native tutor that I use Duolingo, the language platform. So I did, for at least a month, quite intensively as I had a business trip in France.

Can you really learn a language with Duolingo?

What I found was that the language “teaching” gamification was motivating and pushed me to use the platform often. This is a great pro, Duolingo found a way to actually increase motivation which is the second “no language” factor which determines the outcome of language learning.  I found Duolingo useful for revising the language I was learning through intensive private French tuition.

I realised early on in my experience with it that the platform lacks teaching structure and logic, meaning there was no explanation for why I answered the question right or wrong. In a few words there is a lack of grammar teaching which is at the core of every language.

The misconception is that grammar is boring. In reality, grammar is essential and can actually be fun, if taught by the right tutor who identifies and understands the language student’s needs.

I also observed that the main focus of the language platform appeared to be translating versus teaching and my hypothesis was confirmed when I googled, “how does Duolingo make money”. It will be explained later in the article.

I also observed that their “teaching” method does not include cultural awareness which a bilingual or multilingual person would confirm is as important as fluency. Their lessons are theme-centred but repetitive and without explanations on how to form verbs. They also seem to feature the same vocabulary without language-structure. To say it a different way, I did not find the experience very focused and they did not provide context for what they were teaching which in my opinion is not the best way to learn a language. 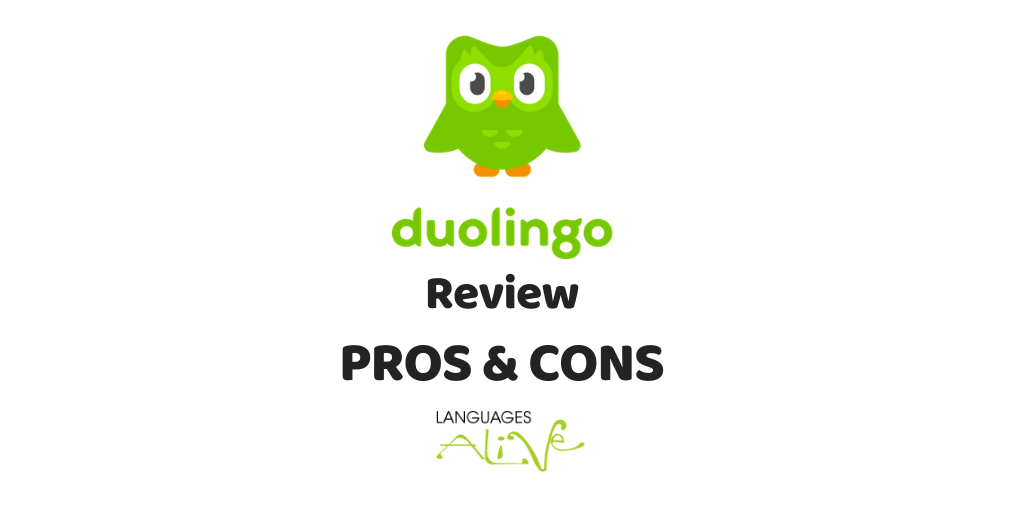 Unsurprisingly, Duolingo has received criticism for its lack of effectiveness in helping users to fully learn a language.

Recently I had a look at the incubator opportunities with Duolingo as I have lots of suggestions on how to improve the app. I was really surprised the company is working with native or near native speaker volunteers whom I understand are not paid.

Nothing wrong with that, one might think, but if you are a tutor or studied languages at University you would probably understand the importance of good quality teacher training.

To put this into context, take a moment to stop and think of how well you know your mother tongue and how you would teach it as a second language to someone else. You may have the realisation that being a native speaker doesn’t mean you speak or write your language correctly. Here is a real life example from my life, how many Italians do I see on facebook pages making horrible basic mistakes? Quite a few, and this happens with every language.

Now there is another scenario for you, even if you speak correctly would you be able to explain the difference between I lived in London and I have been living in London?

So can you become fluent in 3 months using solely Duolingo?

My honest answer is NO!

The exception to the rule would be if you have a very high language aptitude which is a specific intelligence related to the ability to learn languages. Even then, I’d have my doubts. Duolingo, in my opinion, is a language translation platform which won’t take you far if you rely solely on it. Conversely, if you use it to complement a taught course or private lessons it can be a great tool to revise what you have learned.

Past the age of 8-12, the chances of becoming a native-speaker declines sharply, as many studied have demonstrated. On the other hand, you can still become fluent and enjoy your new language with all the perks and benefits it entitles you to. 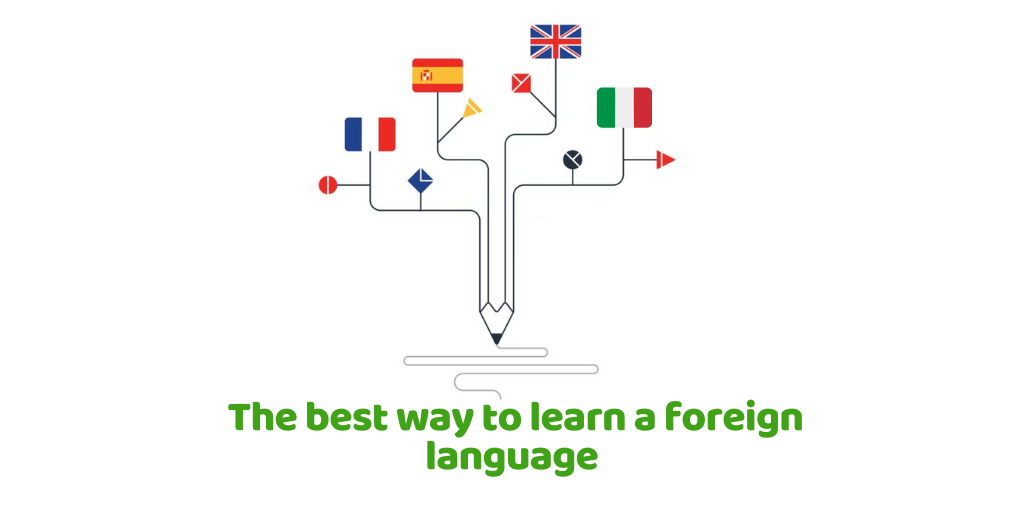 What’s the best way to learn a foreign language?

The top method is to take lessons from a tutor who has been through a comprehensive hiring and vetting process and been tested on their language and teaching knowledge. Even with all of the above, it is not only knowledge that counts; your tutor has to have a positive attitude and the ability to instil confidence in their language student because many of us experience language anxiety when having to interact in another language.

A tutor can guide you through an enjoyable learning experience, enrich you with cultural notions, and take you hand by hand towards a successful language attainment. Nevertheless you still have to do your part.

Needless to say you need to put all your effort into it and read, watch the news, listen to music on a regular basis, all in your target language, plus follow a well-structured program available online. I wouldn’t suggest attending a big group course unless it is part of a university program. This is because, usually language schools struggle to form classes as they need a minimum number of participants, therefore, you could find yourself surrounded by people with a different level of target language skill from you and that can be extremely unrewarding if the level is too low for you, or confusing if the level is too high.

The trick is to get exposed to the language you want to learn as much as possible, study, make friends, think in that language, and speak to yourself, but not too loud though 😉

When planning your holidays choose a destination where the target language is spoken and make a point of going to parts of the target country not known to be heavily visited or populated by people from your own country to increase your chances of practicing your new target language.

For example, if you go to Italy, avoid the traditional touristy big cities and choose a small town nearby instead, treat yourself with an authentic language and cultural experience.

The American language “teaching” platform used by millions of people as mainly free was founded on the 30th of November 2011, although the project started in 2009. Only on the 19th of June 2012 was it launched for the general public.

The founder Von Ahn, born in Guatemala saw how expensive it was for people in his community to learn English and therefore, he wanted to find a solution to this issue.

Severin Hacker (born in Zug, Switzerland), co-founder of Duolingo, and Von Ahn believe that “free education will really change the world” and wanted to supply people with an outlet/platform on which to do so. (forum Duolingo)

How does Duolingo make money?

The app is free with no advertising and a paid premium membership was only recently introduced, so how did Duolingo make money before the premium subscription was active?

As of 2014 Duolingo made money by crowd-sourcing pieces of translation done by its students and selling them to companies like CNN and BuzzFeed.

With the gamification process, users are hooked on learning a new language and the whole application being free gives them an added incentive to use it, however, what they don’t realise is that the application actually is providing text to translate and as a part of the learning process, they are simultaneously translating the text which is going to be useful to some website.

If you would really like to be fluent and use your time productively and efficiently whilst learning another language, then follow my advice and only use Duolingo to revise what you have learned. Learning a language is a beautiful journey full of nuances that can only be taught by a language trainer.

Don’t believe the Duolingo translation teaching method will get you far by relying exclusively on it. You now might be thinking “wait a moment Duolingo is free” Nothing is free in this world, you are paying with your valuable time, don’t you want it to be worthwhile?