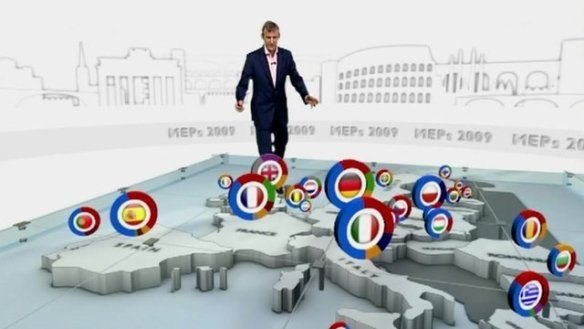 Many of you have certainly experienced discomfort when speaking a foreign language which was not acquired in early childhood. You might have thought it was related to your personality and it was only your problem.

How impact the anxiety on language attainment?

Many of you have certainly experienced discomfort when speaking a foreign language which was not acquired in early childhood. You might have thought it was related to your personality and it was only your problem.

Read below to find out what researchers say! 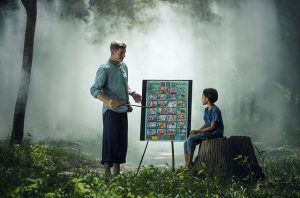 The anxiety construct is a very complex issue and extensive research has been carried out.

Previous investigations regarding second language acquisition reveal that language anxiety also called state anxiety is assumed to be a specific type of anxiety experienced in the classroom, rather than a trait anxiety which is thought to be an inherent characteristic of one’s personality.

Indeed, she empirically demonstrated that learners with a low level of anxiety benefit more from recasts than high level anxiety learners. Despite most of the research carried out showing that anxiety can have a negative impact on task performance, some early research demonstrates that anxiety can produce higher motivation which could increase the effort level the learners put into the learning process.

Likewise, Eysenck (1979) reckons anxiety encourages a greater effort and leads to a better achievement. Finally, there are some researchers who have put forward a “no effect” theory (Sparks and Ganschow cited in Sheen 2008) according to which the learning process is affected by the learner’s aptitude and deficient cognitive skills, rather than by anxiety.

Both positions are in stark contrast with the most agreed upon view which sees language anxiety strongly related to a bad second language performance.

In fact, Horwitz (2001) firmly asserts that anxiety has a negative effect on SLA (second language acquisition) after having reviewed empirical investigations showing negative correlations between the two.

High levels of anxiety are related to

However, it seems like the majority of anxiety measurements such as the Foreign Language Classroom Scale  are mainly measuring anxiety related to speaking interactions.

Is language anxiety the cause of poor achievement?

How many times did we feel uncomfortable speaking a foreign language in front of people we hardly knew? Language anxiety might influence our performance.

In between the motivation and personality factors, seems to be situated foreign language anxiety. The anxiety construct is a very complex issue and extensive research has been carried out, resulting in the identification of a trait anxiety related to the individual’s personality and a state anxiety which is assumed to be a specific type of anxiety experienced in the foreign language classroom Horwitz (2001).

The key issue surrounding this type of anxiety, is whether state anxiety is the cause of poor achievement, or the result. A study of Sparks, Ganschow and Javorsky (2000), claims that success in foreign language learning is mainly depending on the language aptitude factor and anxiety in L2 learners is a consequence of their learning difficulties.

On the other hand, Horwitz vigorously argues that anxiety is also experienced by advanced and successful learners and, therefore, is not a consequence of learning difficulties in every L2 learner.

Some reasons why bilinguals to have/not have accents