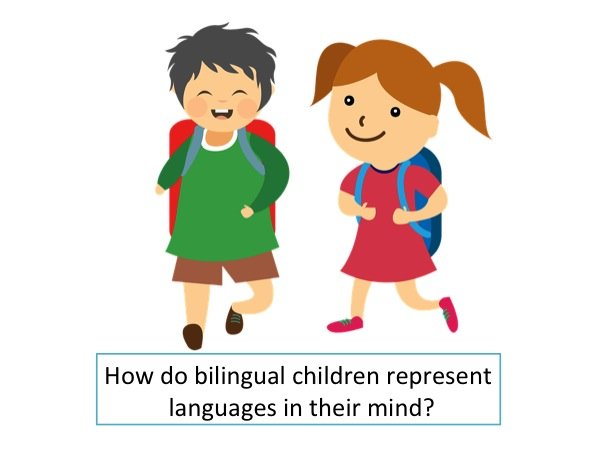 Besides the importance given to the relationship between language and cognition

Researchers have showed a great deal of interest in the nature of language representation in the child’s mind with investigations focusing on whether children at very early stages represent in their mind the language input they receive, in a single or dual language system.

From the 20thcentury to the early 1990s, researchers seemed to find a general consensus on the fact that children do not acquire language bilingually at an initial phase. This concept is expressed by a very influential hypothesis during that time, the Unitary Language System Hypothesis, postulated by Virginia Volterra and Traute Taescner (1978).

According to the scholars, bilingual children begin acquiring a second language with a single language system which combines the words and the grammatical rules from their dual language input. According to them, only after the age of 3 the child starts to differentiate the languages which are channelled into two separate language systems.

On the contrary, Fred Genesee (1989) advanced an alternative view: The Dual Language System Hypothesis, according to which children exposed to two languages from birth establish two separate linguistic systems which, however, are not necessarily independent and autonomous.

The Dual Language System hypothesis appears to be supported  by recent research for what concerns speech perception, phonology, vocabulary and morphosyntax.

Is there a critical period for second language acquisition?