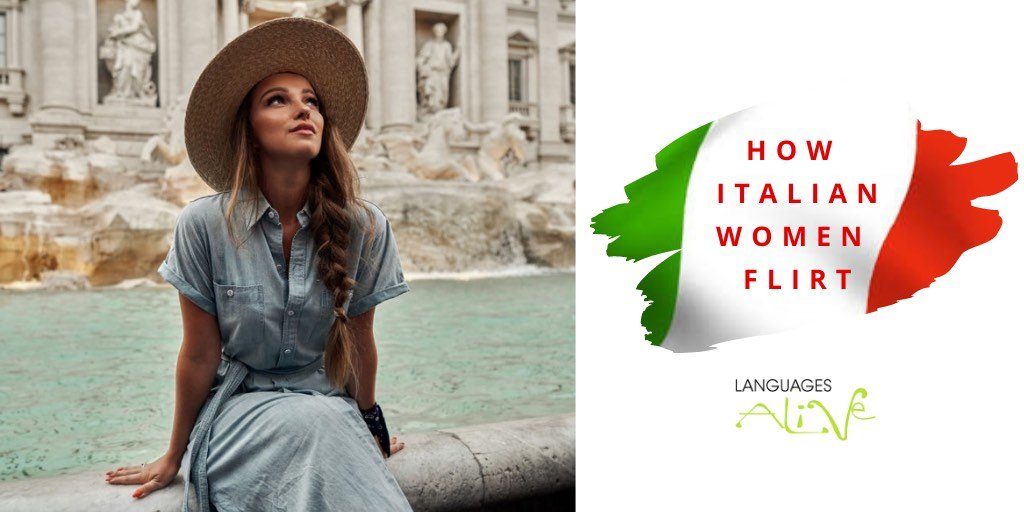 As already pointed out in my previous article, Italians are extremely expressive in everything they do. Think of the way they express themselves in the arts, food or just in the way they speak – with the addition of so many theatrical gestures and body expressions! We can easily say that body language is for Italians a proper second language that is either used to accompany their words or on its own.

As weird as this can sound, what our body is able to say is so much more vocal, honest and communicative than what can be said by the spoken words. This is also due to the fact that very often, specific gestures or movements made with our body are actually spontaneous, natural, uncontrolled and unconscious, and communicating so much about our state of mind, feelings or intentions without us really wanting to.

When talking about the game of seduction, our body is our main communication channel, used to interact, express our interest in another person and flirt with them. To understand modern-day nonverbal signals of attraction and the science of flirting, it is helpful to look at the history of where our body language comes from. Our caveman ancestors used the same body language we use today to communicate those same innate natural instincts of sexual desire, mating and love. 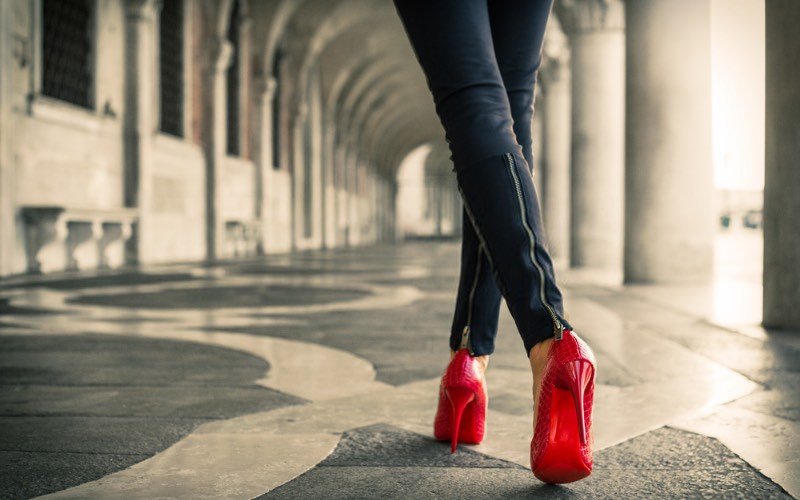 Italian women body language in the game of seduction

In the specific case of Italians, considering how the body language is already such a big component of their communicating ways, this becomes even more evident. The way Italian women flirt is much more about what is not verbally said than what the actual spoken words say.

When an Italian woman gets captivated by someone’s charm, there are several gestures and body expressions that exhibit her feelings; I am going to examine some of those body expressions, which are sensual in a very subtle way and a clear sign of desire, interest and flirting.

If Italian women fascinate you or you want to discover what their seductive weapons are (and replicate them), this is the article you were waiting for! Hopefully, after reading this article, you will be able to pay attention to these small details and figure out if the Italian woman of your dreams likes you, is interested in something more than just a casual conversation and share your same feelings.

The details that give it all away

“He makes my heart race” “Mi fa battere il cuore” is not just a phrase. Studies have demonstrated that when someone is near an attractive person, their heart rate increases. I wouldn’t recommend taking a woman’s pulse on a date, of course, but you should be able to notice if her breathing rate increases and feel the heat of her palm if you are holding her hand and want to go in for a kiss.

The feet position serve as a direct reflection of a person’s attitude. A woman pointing her feet directly towards you can be seen as a sign of attraction, or at the very least, genuine interest. If, on the other hand, the feet are pointed away or towards the exit, she is probably uncomfortable and not interested in you.

A flirting Italian woman may assume a peculiar position with her body, creating a curve that runs down her back in the shape of an S, while pushing her chest out – accentuating it, and her buttocks out in the opposite direction.

The way she sits

The way she holds her arms and legs can either show overture or closure. It is not said that she intends to flirt with you, but a relaxed position of arms and legs means that she feels comfortable around you and she is open to continue the conversation.

Another sign of interest and subtle way to flirt is leaning towards the person of your interest. If you notice that a woman tends to lean towards you or tries to move closer to your body while together, this is definitely a sign of overture and interest. 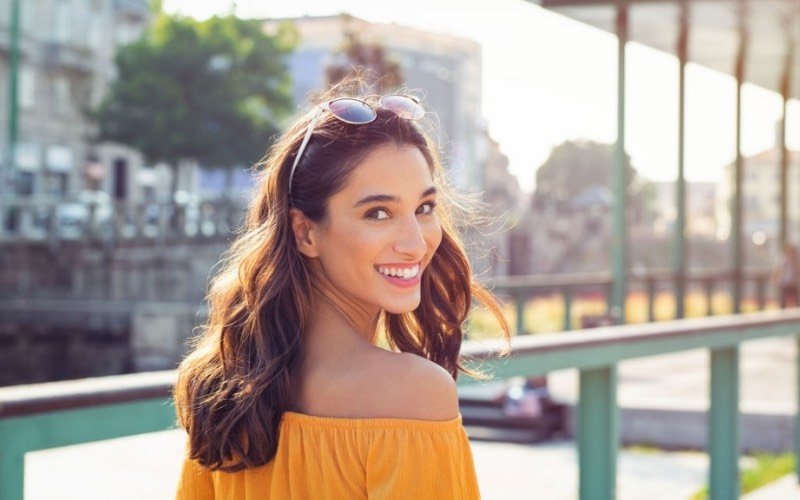 Position of the head

According to some psychological studies, when a woman tilts her head on the left side, this can be interpreted as a sort of submission gesture.

Crossed fingers under the chin and wrists bent at right angle is a classic sign of seduction, a way to frame and enhance the face features, such as in a portrait.

If you notice that she tries hard to catch your sight and she intensely looks into your eyes while talking, she might be trying to apprise you of her interest in you. In the Western cultures women who flirt usually look into your eyes while conveying their thoughts and feelings: in this case, she might be trying to find out if you feel the same for her.

If you notice that the woman who’s talking with you blushes throughout the conversation, she is most certainly interested in you.

If she smiles to you and laughs at your jokes more than you expect somebody to laugh, most probably she really likes you. Smiles and giggles are the most natural and innocent ways of flirting you can think of.

Focus on the mouth

If a woman gently caresses the border of her lips with her index finger while talking to you, this could be easily interpreted as a message of opening towards a person of interest.

Hair-flip – or moving a lock of hair behind the ear – is probably one of the most natural and common gestures in women, but it is also a strong non-verbal signal to let the other person know that you want to flirt.

A light or accidental touch of a shoulder, arm or hand while having a conversation can be another way for a woman to show that she is interested in you. 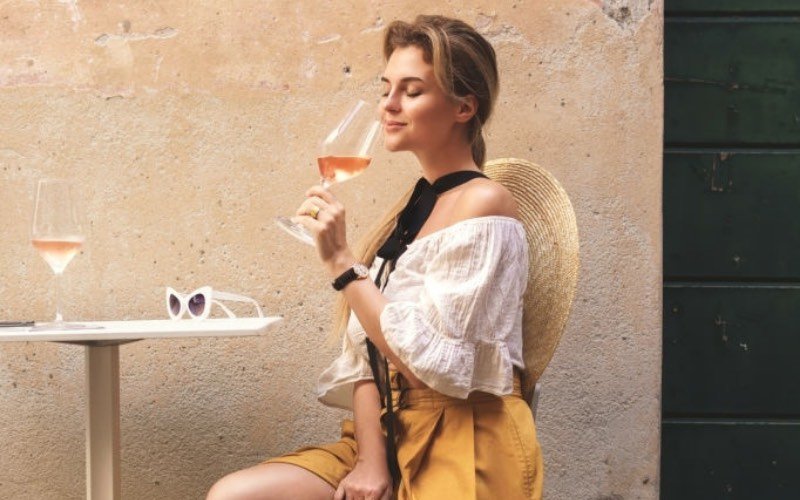 The way we physically interact with the surrounding environment and objects is another way to unconsciously use our body to communicate with other people. For example, the way a woman holds and plays with a glass, a pen or a cigarette can be extremely sensual and flirty.

If a woman is feeling uncomfortable or not attracted to someone, she might clutch her bag tightly or place it in front of her to cover her body. Instead, when a woman is attracted, she literally and figuratively wants nothing to stand in the way between her and the person she is interested in; in this case she might loosely hold her bag or even put it away, as she doesn’t want anything around that could prevent her interactions with the other person.

If you want to know more on how to flirt in Italian using your words see my previous articles:

If you then want to learn the language of love, do not hesitate to contact me
by clicking here

20 interesting facts about the Italian language