According to Chomsky (1997, p. 167) “The theory of a particular language is in its grammar, the theory of languages and the expressions they generate is Universal Grammar (UG)”.

The theory underlying UG assumes that language consists of a set of abstract principles that characterize the main grammars of all natural languages. In addition, to invariable principles, exist parameters that differ across languages. 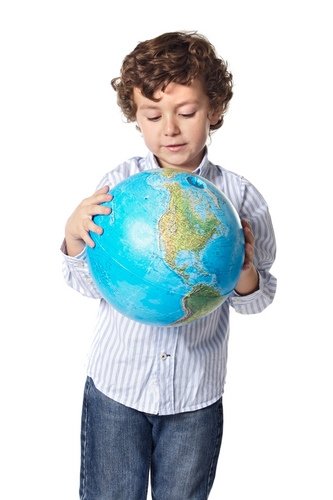 Therefore, the UG theory is predicated on the argument that some aspects of language learning involve innateness, contrary to the behaviourist view in language teaching, which saw language as a system of habits learnt by producing a response to a “stimulus” and receiving positive reinforcement.

Within the UG theory reside diverse views which include the most debated hypotheses: The Fundamental Difference Hypothesis and The Access Hypothesis. According to the first hypothesis, adults and children differ in many significant ways when it comes to language learning.

Indeed, adults already know what language is about and are able to use diverse forms adequately according to social contexts. In summary, they only have to learn specific language forms, while children have to learn different forms to be used in different situations.

The Fundamental Difference Hypothesis claims that adult second language learners do not have access to UG, which is instead fully accessible to L1 in normal conditions (excepting cases of severe deprivation). Therefore, their language universals is supposedly constructed through their NL (Native language) which meditates knowledge of UG. Hence, adults learners will rarely or never achieve a native-like proficiency.

This hypothesis also sees fossilization, which is when the learner gets stuck and does not go beyond a certain level of language knowledge as one of the main factors that limit adult learners’ competence.

The contrasting view to the above hypothesis is the Access to UG Hypothesis which sees different positions underlying the access to UG for the adult learner.

The analysis of such positions goes beyond the scope of this essay, however, it can be added that they imply that the adult learner does have access, fully or partially to UG.

What is the best age to learn a second language?

A study conducted by Johnson and Newport  investigated a language feature related to Universal Grammar (therefore, supposedly innate), and found that there was a stable decrease in performance according to age of arrival, with the sheerest decline at ages 14-16. Most recently, DeKeyser  conducted a study specifically designed to test The Fundamental Difference Hypothesis.

He tested 57 adult Hungarian mother tongue immigrants against early arrivals (children) on a grammatical judgement test and found out that only a few scored in range with children and the ones who did, had high degrees of verbal analytical ability.

Learn Italian and Spanish through cooking!

False: children do not learn a second language overnight

How do bilingual children represent languages in their mind?