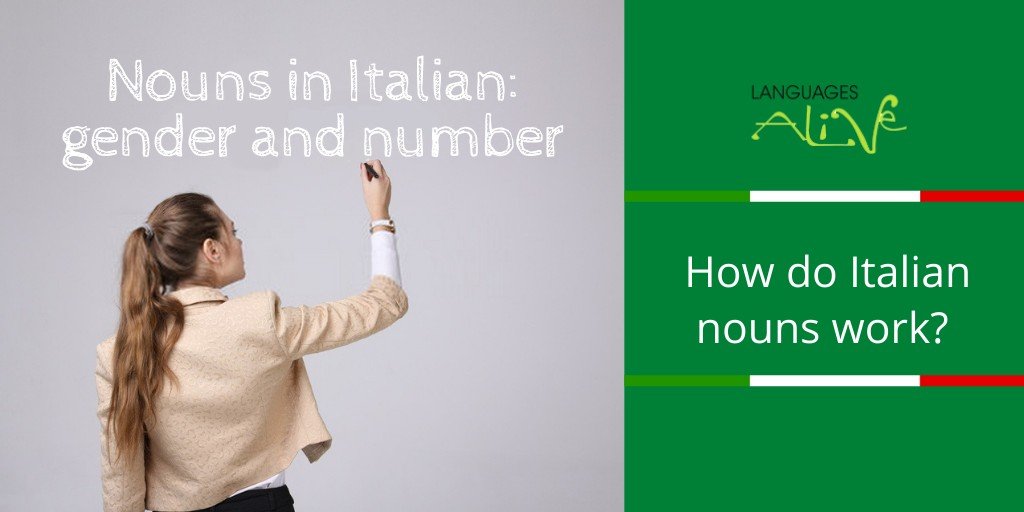 When learning a new language, building a solid grammar foundation is an essential requirement and, in the specific case of the Italian grammar, gender and number of the nouns represent two of the most relevant pillars, which obviously require a full understanding and assimilation.

Unfortunately, for beginner students gender and number are as important as troublesome… Very often they seem to be the most challenging concepts to understand, since they are used very differently in Italian than in English.

Please, don’t get scared already! I am here to accompany you in this learning journey and once you get to the end of this article, you will have a better idea of how these specific grammar elements work. Nothing that a little explanation and a bit of patience and practice cannot do. Trust me: you will be using them with ease in no time!

In addition, you can now download for free my carbonara lesson where you will learn some basic Italian and how to make an authentic pasta alla carbonara. Here is the link https://www.languagesalive.com/learn-italian-online/ Also, here is the chance to watch my dad Vincenzo’s video while is making it

In order to speak and write correctly, you certainly need to study the grammar, but don’t be afraid, much of the learning will come with language exposure, practice and a lot of motivation. So are you ready to start this short and intense Italian language learning journey? Read below and don’t forget you can browse my blog for many more language and culture articles which will give you an understanding not only of grammar, but about Italian traditions, customs and Italian business etiquette.

What is a noun?

A noun (nome/sostantivo in Italian) is a word that can identify a person, place, object, or idea.

In Italian, all nouns have a gender, masculine or feminine, which also determines the forms of the other words that precede or follow, such as articles and adjectives.

Moreover, nouns appear in singular or plural forms. The number of a noun influences the choice of the article as well as the ending of the adjective, and sometimes can also determine the form of the verb.

Gender of the nouns

As mentioned above, in Italian nouns can be either masculine or feminine. Usually it is possible to identify the gender of a noun by the letter that is at the end of the word itself. 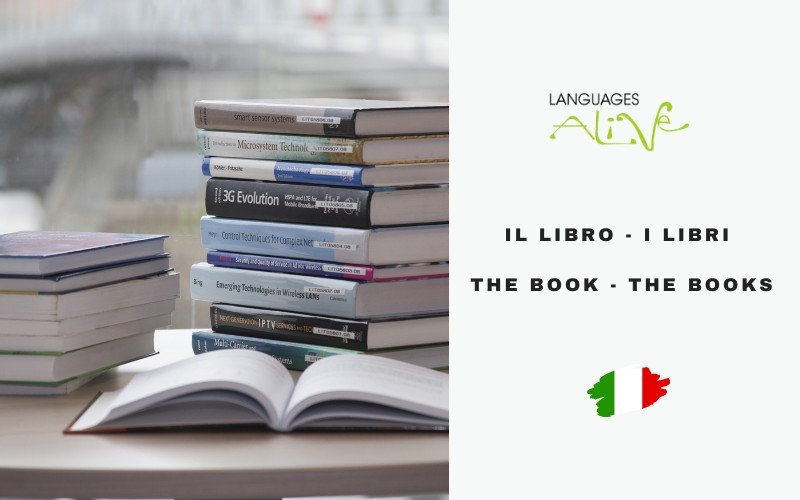 Most Italian nouns ending in -o are masculine:

Most Italian nouns ending in -a are feminine:

The nouns that end in the vocal –e, can be either masculine or feminine.

Nouns ending in a consonant, such as -m, -t, -r are normally imports from other languages and are masculine. 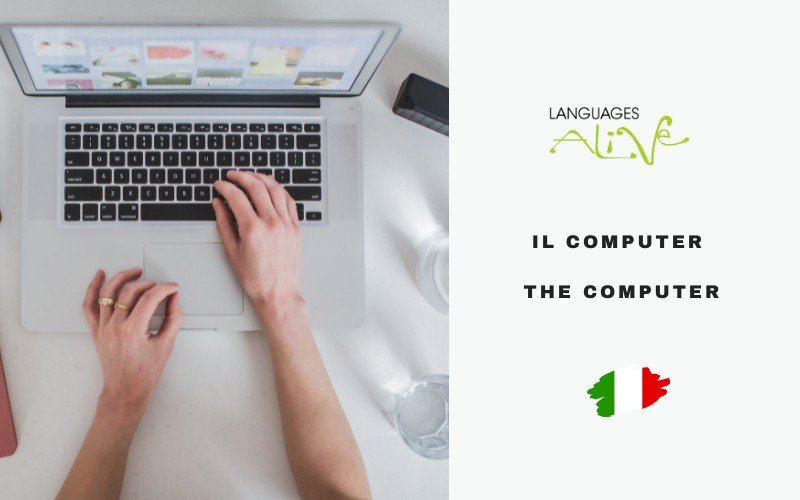 Nouns ending in -zione or -sione are typically feminine.

Some nouns that are commonly used in Italian are actually abbreviations of longer words. These abbreviated nouns carry the gender of their original longer version. 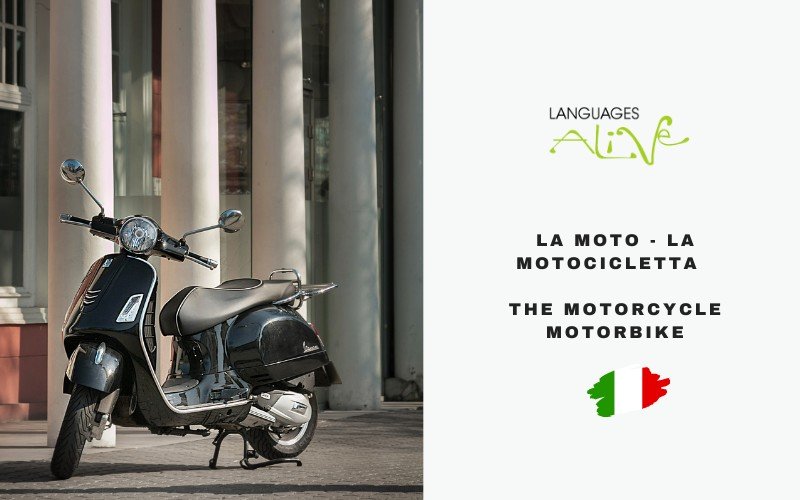 Many nouns of Greek origin that end in -ma are masculine, even if they present the letter –a at the end of the word.

As you can see, there is some predictability and there are some tricks that can help, but in most cases it is pretty difficult to guess the gender of the nouns. For this reason, I always suggest to my students to look at the context especially the articles which will give away the gender: this should help identify and assimilate them in a faster and easier way! If you don’t have a context and encounter a word ending in e check on the dictionary.

Number of the nouns

The nouns ending in -o in the singular – generally masculine – end in -i in the plural. 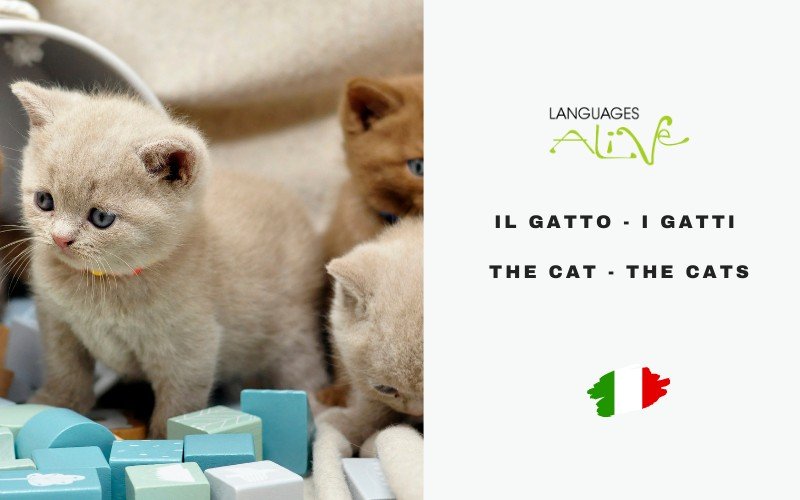 This is the general rule, but what happens when the ending is a little different to begin with?

In order to preserve the hard sound, for the feminine singular nouns that end in –ca or –ga, the plural will have to end in –che or –ghe, with the addition of the letter –h between the consonant and the vocal.

Most masculine nouns that end in –co, insert the same -h and turn to –chi in the plural. The identifying factor is the accentuation – if the stress is on the next-to-last syllable, the plural ending should be –chi.

Nouns like politico (politician),  that ends in –co but carries the stress on the third-to-last syllable, it does not insert an -h and instead becomes politici in the plural form.

Most masculine nouns that end in –go, insert the -h between the consonant and the vocal and turn to –ghi in the plural.

The feminine singular nouns that end in –cia or –gia, in the plural have to drop the –i, and the ending will become –ce or –ge. This is to preserve the same sound and syllabication of the word at the singular. 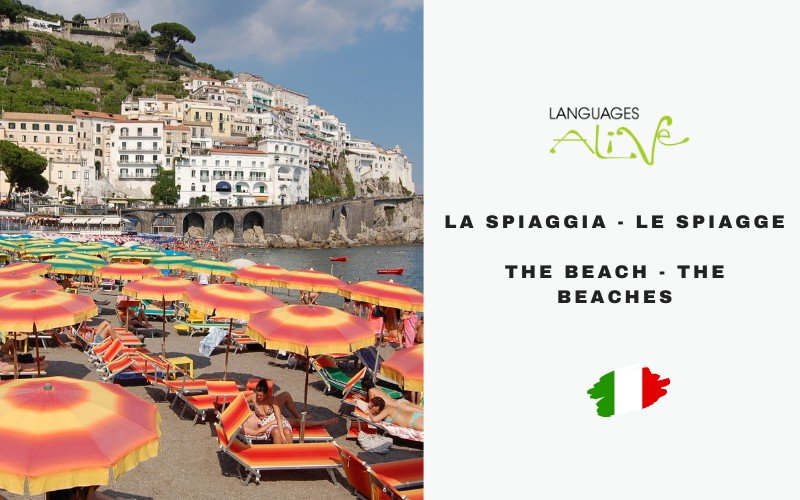 * The only exception to this rule is in the case of la camicia (the shirt), which retains its –i in the plural le camicie (the shirts).

If in the –cia or –gia ending the stress lands on the –i, the noun retains the –i in the plural, which will become –cie or –gie.

So, here we are, at the end of the article…I know: you are probably feeling a bit overwhelmed as there is a so much to learn and get used to, but I am sure that now you have a better grasp of these concepts.

However, if you have some doubts about this or any other Italian grammar rule, I would be happy to help! If you have any questions, please get in touch for a free consultation by clicking here or send an email to raffaella@languagesalive.com.

You can also find me on my YouTube channel with many engaging video lessons for beginner and elementary levels. More levels coming up.

The essential guide to Italian verb conjugation for beginners

Italian definite articles and how they work

How music can help you learn Italian