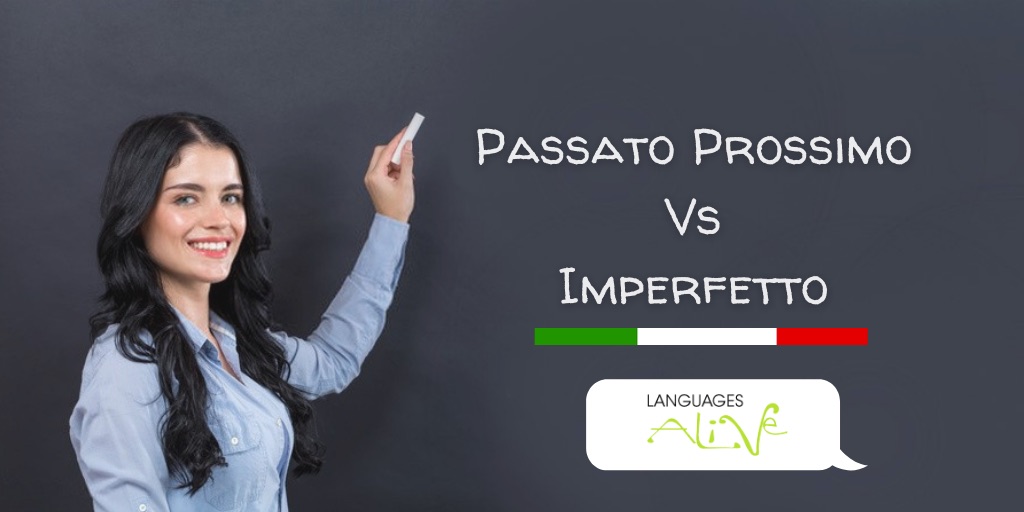 In Italian there are three different tenses that can be used to describe past events: passato remoto, passato prossimo and imperfetto.

Passato remoto is mostly used in narratives (e.g. novels) and nowadays it is not very common to have it used in normal conversations; this tense is actually slowly disappearing in the spoken Italian, even though is still commonly used in the south of Italy.

To better understand this difference between the two past tenses and learn how and when correctly use them, let’s have a closer look at the grammar rules that regulate the passato prossimo and the imperfetto.

The passato prossimo, usually called the ‘present perfect’ or ‘perfect’ in English grammar, can be defined as a ‘near past’ tense and is the main tense used in Italian to describe an action which has been completed in the past. This can translate both the English present perfect and simple past.

The passato prossimo is formed by the auxiliary verbs avere (to have) or essere (to be), followed by the participio passato (past participle): avere is used with transitive verbs and essere with intransitive verbs.

Hai ricevuto la mia lettera? // Have you received my letter?

Hai guardato quel documentario? // Have you watched that documentary?

I bambini sono arrivati alle 11. // The children arrived at 11am. 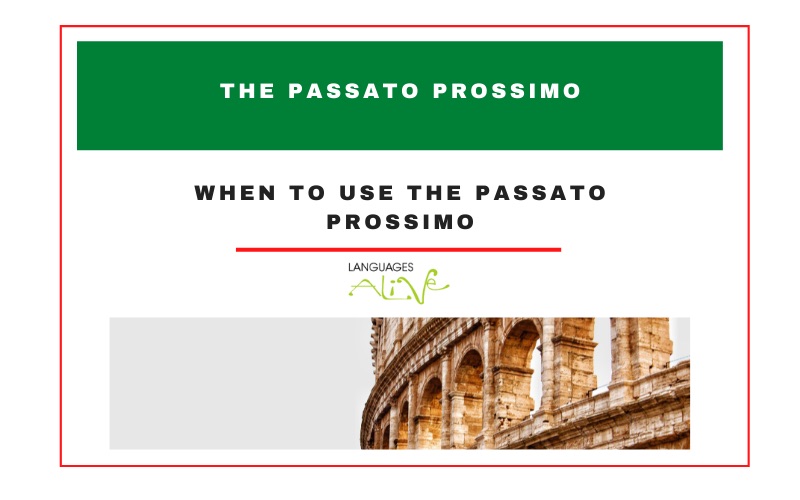 When to use the passato prossimo

As already mentioned, the passato prossimo is used to describe actions with a precise time reference. The action you are describing is not a repeated action as it happened at a specific time and you know when it started and ended.

Passato prossimo is used to:

Dove sei stato ieri? // Where have you been yesterday?
Sono stato a New York molte volte, ma ho sempre voglia di tornarci. // I have been to New York many times, but I always want to go back.

Studiavo // I studied /I was studying

As already mentioned, imperfetto means ‘not perfect/not exact’, so you cannot use this tense when you talk about an action that happened in the past at an exact moment in time, instead you use it to talk about events that happened at some point in the past without any mention of the exact time.

Sometimes the Italian imperfetto is similar to the English past simple: for example, when you use the past simple of to be, in Italian they generally use the imperfetto of essere (e.g. I was at school // Io ero a scuola). However, the imperfetto is mainly used to express a continued, prolonged or repeated action that happened in the past, or a habit in the past. For this reason it can be translated in English using the forms: I used to / I would / I was -ing / I -ed. For example, ‘Io lavoravo’ can be translated as: 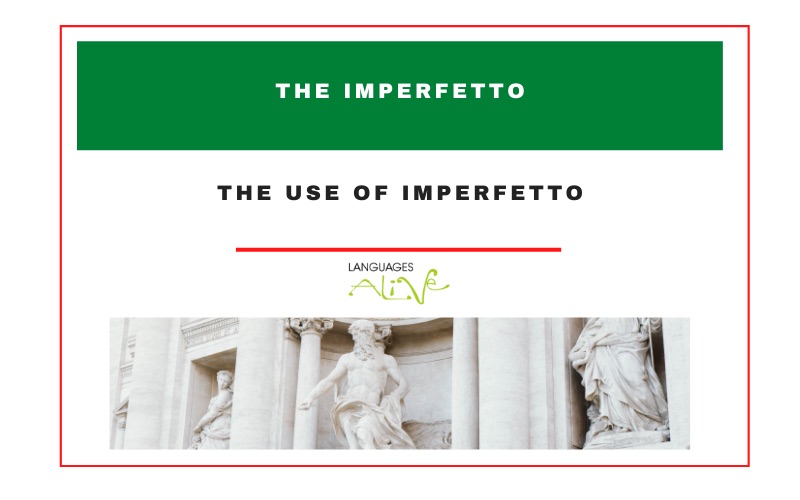 The use of imperfetto

The are three main uses of the imperfetto in Italian:

Quando ero piccola studiavo pianoforte. // When I was young I used to study piano.

Marco era un bambino felice. Viveva in una piccola casa di campagna ed amava giocare con gli animali. // Marco was a happy child. He used to live in little house in the countryside and loved to play with the animals.

In Italian, the imperfetto is also used to express a physical or emotional state that occurred in the past and is now over, as well as to describe past weather conditions, time, or a person’s age.

Some time expressions indicate that an action repeats itself regularly when talk in the past, for example:

– Quando avevo X anni // When I was X years old

In Italian you can find both the imperfetto and the passato prossimo in the same sentence when describing an on-going action that gets interrupted.

Mentre studiavo, ho ricevuto un messaggio della mia amica Elisa. // While I was studying, I received a message of my friend Elisa.

How to choose between imperfetto or passato prossimo

– The imperfetto is used to describe habit while the passato prossimo is used to tell about finished actions that took place in a defined time.

– The imperfetto is used for repeated actions in the past; instead the passato prossimo is used to state the number of times the action has been repeated.

– The imperfetto is used to describe multiple on-going actions in the past happening at the exact same time, while the passato prossimo is used to talk about a sequence of actions.

– The imperfetto is used to describe something in the past, while the passato prossimo is used to tell a story.

I am sure you found this article very helpful, the difference between passato prossimo and imperfetto is a common difficulty which native English speakers encounter. However, learning how to use them and with the right guidance you will totally grasp it. I am here to help, if you have questions please get in touch for a free consultation by clicking here or send an email to raffaella@languagesalive.com

You can also find me on my YouTube channel with many video lessons for beginner and elementary levels and more levels coming up.

Please share this article if you have found it useful.