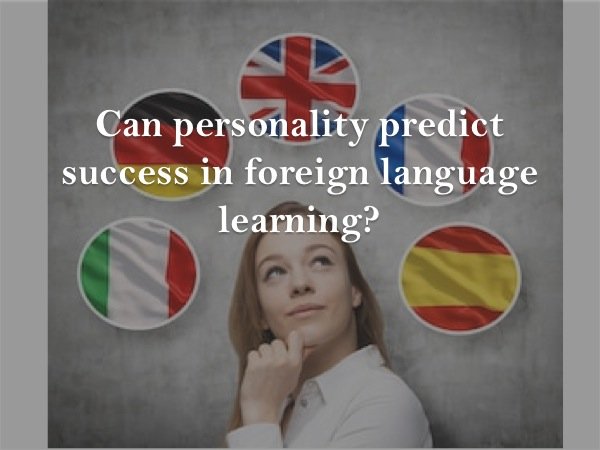 Have you ever wondered if does exist a magic technique to learn a foreign language?

Besides the factors already analysed, SLA research has also focused on the impact that an individual’s preferred way of processing information and dealing with other people has on L2 and additional language acquisition and learning.

This concept is referred to as learning style.

There are several psychological models of learning style, but the difference that has received the greatest attention in SLA research is the one between field dependence and field independence. Field-dependent people tend to pay more attention to the general context but they have difficulty in identifying the single parts that constitute it.

These individuals tend to enjoy social interaction. Conversely, field-independent people, are highly analytical, but less inclined to social interaction and more self-reliant. Researchers hypothesised that, given their better interpersonal skills, field-dependent individuals will achieve greater results in informal language learning, in contrast to field independent learners who supposedly will be more successful in formal learning given their higher analytic abilities.

Nevertheless, early studies found weak evidence in support of these assumptions. However, Johnson, Prior and Artuso (2000) argued that such poor results were due to methodological problems used, and – above all – with the way communicative language was measured.

Therefore, they concluded that dismissing the dependent/independent field would be premature and more research is needed in the area.
It has been observed that successful language learners employ different “techniques” than poorer ones. Learning strategies is the term frequently used in SLA acquisition literature to describe what individuals do to facilitate their learning.

The research in this area has been driven, above all, by the wish to identify effective strategies and train learners in pinpointing and using them. However, good language learners seem to choose among a range of strategies that vary according to their needs. Therefore, it might be the case that training learners in specific strategies might result in little improvement.

Alternative views include the hypothesis that is the advance learners’ fluency which dictates which strategies they are able to use. Therefore, the overall picture on this subject remains blurred and gives space for further research to be undertaken.

From and educational point of view, the function and impact of personality factors seem to be of minor importance compared to those produced by other ID variables such as aptitude and motivation.

In fact, Dörnyei (2005), asserts that the amount of research carried out on the impact of personality in L2 has been minimal compared to the other ID variables. The term personality is so broad that it is used in a different way by different scholars.

The two main personality models, extensively tested by empirical research and finding a general consensus among scholars, are the Eysenck’s model and the big “five” model. These two models were created focusing on the “consistent personality traits” of an individual and provide a good representation of the core features of personality. 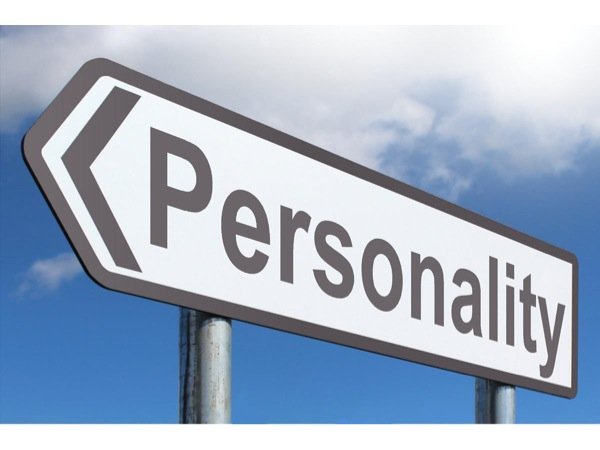 The big “five” model seems to be the prevailing construct in current literature, although it does not constitute an absolute personality parameter and cannot reveal the whole complexity of the matter. Indeed, of relevant importance to the study of personality in second language acquisition is the impact of situational factors on the variations of personality and behaviours.

In fact, Pervin and John (cited in Dörnyei 2005 p.13) sum up this crucial concept by stating: “to a certain extent people are the same regardless of context, and to a certain extent they are also different depending on the context”.

In order to obtain a more complete picture on the subject, Dörnyei (2005), suggests that it is essential that static trait centred theories are complemented with more dynamic theories able to describe the processes associated with personality specific contexts.

The most researched personality facet in second language acquisition and language learning has been the extraversion-introversion aspect, given the major role it plays in the personality constructs previously analysed. In fact, research has found that extravert are more talkative and show less hesitation than introverts, who tend be more cautious when formulating grammatical constructions and tend to use a more formal speech.

However, in current literature there is still no robust evidence to prove that a particular personality trait could be a predictor of successful L2 language learning. Both extraversion and introversion for instance may produce positive effects on L2 learning depending on a particular task involved.

Is age the best predictor of foreign language attainment?

Why are some adult foreign language learners more proficient than others?